Click the PLAY button on the right to hear a brief interview/conversation between Stuart J. Byrne and FuturesPast Editions Publisher Jean Marie Stine.

Stuart J. Byrne is one of the most distinguished pulp writers of science fiction's golden age.

Byrne has published over 3 million words, mostly cover features for science fiction pulps like"Amazing Stories", "Other Worlds", "Science Stories", and "Imagination." Stories like "Last Days of Thronas", "Beyond the Darkness", "Martian Honeymoon", "Children of the Chronotron", "The Land Beyond the Lens", and "Prometheus II", "Power Metal", etc. won him plaudits from readers and his fellow authors alike. With the death of the pulps he switched to paperbacks writing genre bestsellers including the Star Man series, "Thundar - Man of Two Worlds", "Hoaxbreaker", and "Star Quest".  Byrne's motion picture and television credits range from classic tv series like "Men Into Space" to feature films like "The Deserter" and "The Doomsday Machine". 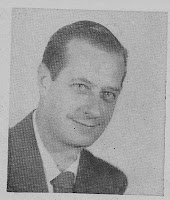 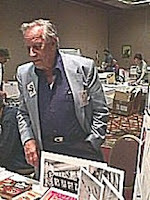 Byrne holds a B.A. and M.A., with courses covering the gamut of computerology, electronics, astronomy, and management, and is a former member of SFWA and  WGAW. He is also a specialist in international management, system analysis, multi-country system installation, large scale procurement and inventory control management.  Multi-lingual (Spanish, German – translator), he has lived abroad, South America and Guam, and traveled for Litton Industries to NATO bases in Europe (as Principal Engineering Writer and proposal survey rep.).

People Stu talks about in this Interview: 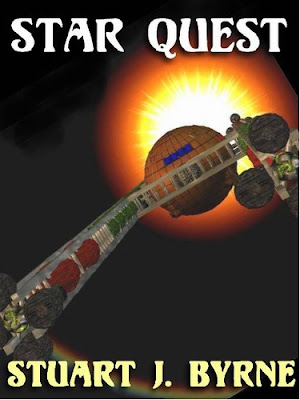 The ebook edition of his masterwork Star Quest was a #1 science fiction bestseller for over a month and remained on the ebook bestseller lists for more than three months! Music of the Spheres & Other Science Fiction Classics, the first-ever collection of his pulp short stories, and new editions of his never-before-reprinted pulp novels, have all been sf bestsellers in ebook format.

Click here for of all Stu's books published by Futures-Past Editions, and at Amazon.Com and Barnes&Noble.Com